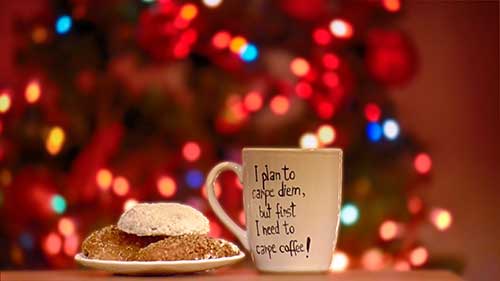 The Bitter Invention of Satan

For many of us it’s the first thing we think of when we get up in the morning. Or for others the thing we most crave, having legged-it to the station after a bleary-eyed shower and a quick look in the mirror to check that we’re actually dressed. Some folk can wait until they get to work and only then need fortification from the emails awaiting. They’ll spend 10 minutes staring at the vaguely menacing machine in “the kitchen area” in complete indecision before pressing the same button they always press on its grubby looking carapace.

And out of the metal ovipositor, deep in the mug they’ve proffered shakily onto its grill, comes first a curl of steam, then a sigh, followed by a broken stream of some unseen liquid and finally, achieving peak crescendo, the elongated gurgling and spitting of foamy froth….  And whatever button pressed - café latte, cappuccino, latte macchiato, Americano with milk – it’ll all look and taste much the same (and very little like actual coffee) – but it’s the thought that counts; the psychological boost that will trick the brain into thinking that things will perk up, those emails are surmountable, that after all, it’s only 4 hours until lunchtime. To some, life simply isn’t imaginable without coffee: the smell, the taste, the way you can almost see your synapses snap as your pupils dilate, your fingers stretch, and your body hums with barely contained yet contented energy.

What on earth did people do before Kaldi, that observant young goatherd, looked up from doing whatever young goatherds with nothing to do all day & night do, and noticed something strange: that those of his charges that munched away on bushes, crunched the berries and licked their bearded lips, frolicked and gambolled far more frenziedly than their less adventurous kin, who stuck to the usual goat fare of, well, anything else they could stuff down their throats. What if his ancient monastic masters had dismissed his stories of goat insomnia, of wild leaping and cheerful abandon in the wilds of Ethiopia, as the ravings of some naughty young boy who’d been doing stuff he shouldn’t, and sent him away with a thick ear? What if they’d not decided that wild leaping and a bit of abandonment might make their somewhat tedious life of prayer rather more pleasant – what harm could it do to chuck a few of the berries into some scalding water and down the bitter black liquid in one?

And from this ancient monastery sprung the 15th and 16th century spread of coffee - an industry making goatherds and monks rich, racing through the Middle East, then conquering Europe and, by the time some Americans decided that George III was “violating their rights as Englishmen” and could Go-Do-One, disguising themselves as Native folk and drowning their afternoon tea in Boston harbour, there was an alternative beverage just waiting to claim the top spot!

And so the world was left open for Starbucks, Costa, Pret and Nero, for all those Independent Coffee Shops serving “Decaf Soy Lattes with Caramel Drizzle in an Air-dried Coconut Pot ”, so that today Coffee is the second most lucrative substance in the world (after that other black liquid demon, Oil). We are a world away from those poor Sufis who found that, with the help of the bean, they could endure the elongated funeral rites that previously were made tolerable only by sleep or their own death.  Would we now, as in the 1600s Ottoman Empire, tightly sew the coffee-quaffer into a leather bag and hurl them far into the Bosphorus?

Actually, I think this last sounds like something offered up in this year’s London Fashion Week, so maybe we’re not that far away after all!

Tagged under: Interesting or fun