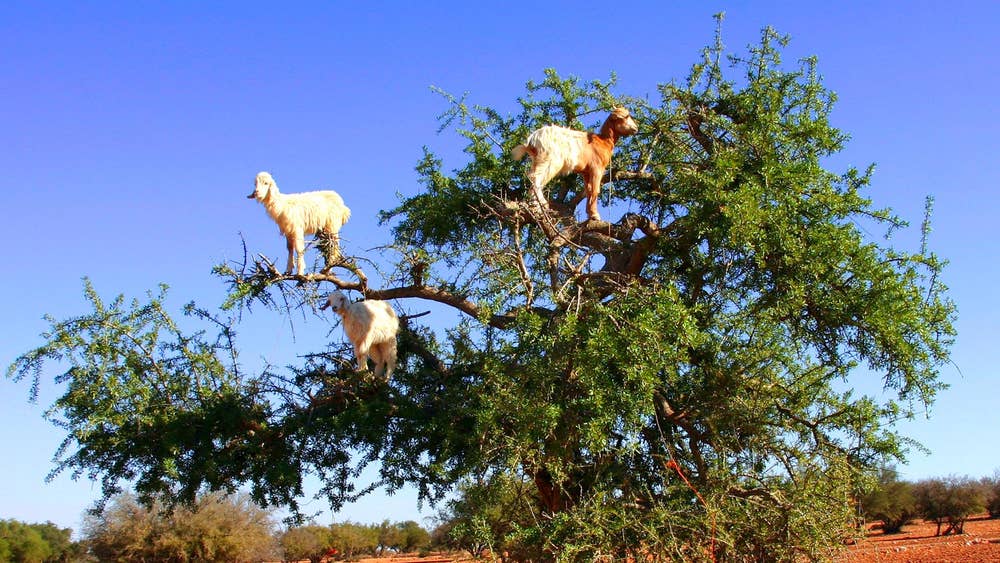 Charles Bukowski, Alien Goats, and why you want to shout at the telly!

In today’s world where self-confidence is mistaken for self-awareness the abundance of confidence can be reinforced big time. Those who are loudly super-confident are picked up very quickly, soon seemingly ubiquitous – and *bang* there they are: across social media, on day-time telly, taken up by magazines and emagazines - so that we are all exposed to their sub-prime utterances and you can’t move without falling over some idiocy.

Just read some of the interviews with otherwise fantastic actors where they go off-piste and proclaim about things, lots & lots of things, other than “their craft”; or Sporting Heroes, or Rock Stars, who can play like a God (a guitar or with a ball) but when interviewed come across as, well, a bit “the lights are on but there’s no one home”!

But put yourself in their shoes and you'll get it - when they open their mouths they see the world wants to listen: invitations to talk shows, journalists firing questions, paparazzi cameras popping, blinding them wherever they go - so who wouldn’t believe in their own infallibility?

Sometimes we can see this personally: who hasn’t come across that guy, a mate, who’s recently discovered this great website that proves just what they had always thought: that the world is a lie, that it’s really 1967 and most people are alien goats who are bent on… well, bent on something terrible! The guys on this site are (nearly) as clever as your mate and the evidence, he says, is stacked up Un.Am.Biguously (and we all  know that goats are nefarious bloody animals, especially alien ones, right?).

It does sometimes seem that currently the world is full of people spouting nonsense. That every day the latest pronouncements from folk whose thought processes emulate Pooh, the bear with little brain, are taken seriously, given air-time, emblazoned over the internet’s sidebar of shame. What has happened? (At least Pooh was aware of his limitations).

Well, believe it or not this is actually a known phenomenon in psychology called the “Dunning-Kruger Effect”. It recognises the cognitive bias people have when they truly believe they’re more intelligent, are far more capable and more adept than in reality they are. In fact a lack of self-awareness, mixed in with their often below average Smarts, means they are led to think their rather unexceptional brain churns out ideas way above & beyond the perceptions of most people, and that everyone else must, and should, recognise it - and you find yourself shouting at the TV in bemused incredulity when they are on and once more those less confident little voices of reason are drowned out.

The rather weirdo author Charles Bukowski, many years before the internet, put it best:

“The problem with the world is that the intelligent people are full of doubts, while the stupid ones are full of confidence.”