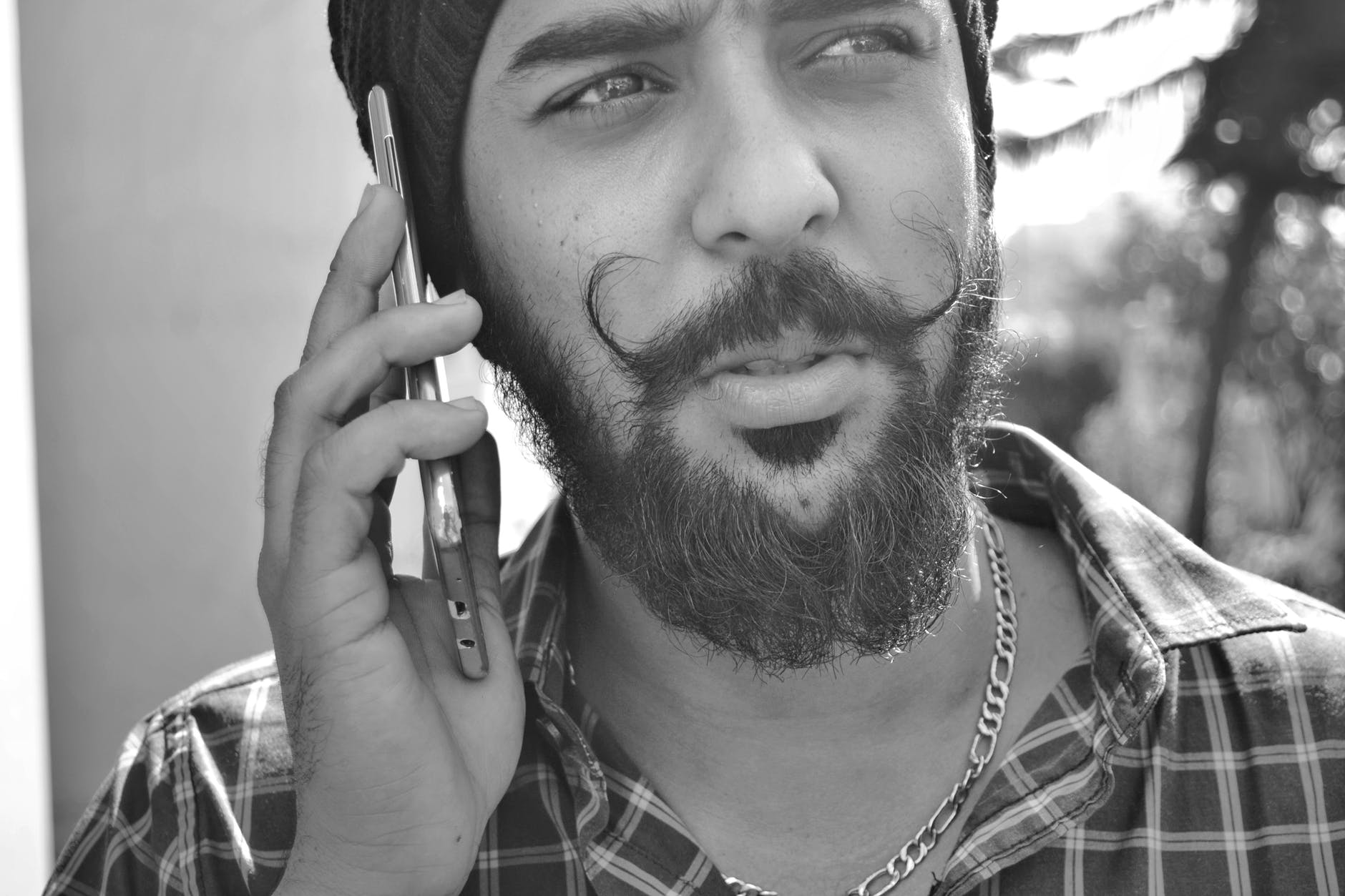 I was on the tube at the first flush of morning yesterday, it’s a great  chance to  people-watch if you’re awake. Having checked my phone at home for emails, texts and WhatsApps, done my bit on Facebook, had a quick recce on LinkedIn and made sure the work stuff wasn’t demanding an instant answer, I was able to sit in a carriage and indulge myself by actually looking up. Everyone else is usually deep in a screen, light flickering, so not many notice if you stare. And, with blurry, half asleep eyes, it’s difficult to tell when someone is looking your way and even more difficult to care.

I’ve been interested in the changing face of the work environment (my earlier blog on tattoos sparking my interest: https://www.digitalconcrete.co.uk/blog/post/tattoos---just-musing-on-body-art-at-work) and what struck me today was that of all the men on this central line carriage that I could see, there were only 3 of us that didn’t sport a beard, and even I hadn’t shaved for a couple of days!  Only a few years ago this would’ve been unheard of yet now almost every guy has some sort of facial hair. I’d say that in 2010 you were unlikely to see a young man with a full, shrub-like beard covering  half his face and gently lapping at his shirt, yet here there were at least 4 of them, with one guy actually tucking his lush, blonde-bourgainvillea locks under his jacket so it didn’t get in the way of some super-hero busy saving the world from incompetent baddies on his tablet.  (Why ARE they all so incompetent, it’s not as if Thor can be everywhere?).

Of course, this is all part of the circle of fashion, whether we acknowledge it or not. Sometime – probably pretty soon – the beard will be passé and small children will be pointing at them and making “Ugh!” faces once again, as we did when I was a kid.  However, what became obvious was that there are only certain styles, definite types of beard, allowed today, and that our near fetishization of bathing & grooming has meant that beards must at all times be neat, clipped, razor cut or styled to within an inch of their lives – preferably oiled to the perfect shine and any spare strand plucked & got rid of (imagine the build-up in the plug-hole… no, don’t!).

The one unruly beard on my carriage was dull-grey & stringy and belonged to an elderly man who had probably seen better days, and I doubt was wearing it for sartorial reasons. This stood out just as much as if he was dressed as a Viking or was covered in woad - for every other male face, of whatever skin colour  or ethnicity, had almost perfect symmetrical fur – from the dark stubble in perfect lines from the ears down, to the ultra-sculpted fulsomeness of our X Men loving blondey.

There are, of course, other reasons for men to grow beards: a sign of faith for some, laziness for others (although I doubt any of the guys on my train today could be accused of that – the time it must take to draw that perfect line or to oil and tease those bristles!) but the Beard/Shave/Beard cycle has gone on since time immemorial.

There’s a line of thought with some anthropologists that says beards were grown by our prehistoric ancestors to keep warm during the winter, or to protect them from the weather. Another line goes that a big, unruly beard intimidated rivals or hid any perceived weakness in chin or jawline. This is a pretty unlikely route for evolution to take if you ask me: why breed in a beard when you could breed out the weakness – clubbing the less-manly jawlined to a pulp would be a simple exercise in natural genetics, surely?

Perhaps there was a big element of Sexual Selection, the much under-rated Darwinian process equally if not more effective than its twin, Natural Selection. Those Lady Cave Folk almost certainly had a say in who they chose to mate with and who they thought would help in keeping them.. ahem… “warm & well fed in winter” particularly given these smaller, less hirsute women-folk didn’t grow equally luxuriant facial tresses.

A feature of homo sapiens calmly ignored by such historians is that females don’t generally have feature-length mustaches as a matter course and so, logically, why didn’t their pretty little faces all freeze and fall off?.

Anyway, back to 2019 and one of the guys - strap-hanging, closed-eyed and lightly snoring - had a few wooden beads and what appeared to be a small mammal’s teeth, woven into his almost Tutankhamen-esque tubular beard. (Sorry, even I don’t dare take brazen pictures!). So just maybe we’ve reached Peak Goatie, perhaps this is the step too far in machofabulousness, and soon all us gents will be reaching for “the best a man can get” and arrive at work every  morning shiny-faced and lightly dripping blood from a couple of tricky areas.